Through its possibilities, science has been putting philosophy and religion into difficulties from the beginning. But human genes altering carries consequences beyond the imagination of religion, philosophy and science itself. Genetic engineering can not only change the future of humanity but course of life on earth. This assay debates human genetic engineering pros and cons, to thoroughly evaluate the consequences and make a choice after careful consideration.

Genetic Engineering was thought to be a real problem just a few short years ago. We feared that soon we would be interfering with nature, trying to play God and cheat him out of his chance to decide whether we were blonde or dark haired, whether we had blue or bright green eyes or even how intelligent we were. The queries and concerns that we have regarding such an intriguing part of science are still alive and well, although they are less talked about nowadays than they were those few years ago. 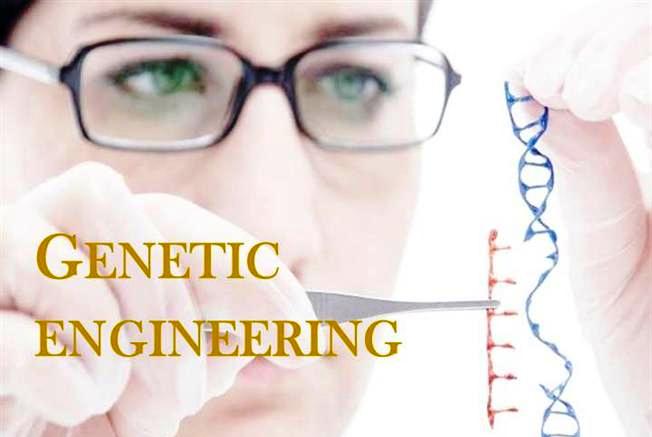 The number of genetic disorders that humans may have is staggering. Some of them occur naturally due to the mutation process of cells, but sometimes they occur because parents pass along faulty genomes to their children. By evaluating the pros and cons of genetic engineering in humans, we can determine how treating these often painful, debilitating, and often fatal disorders can benefit everyone.

Let's take a look at possible pros and cons on genetic engineering in humans:

There are many potential genetic engineering pros and advantages to being able to alter the cells in our bodies genetically. Although at first the pros of genetic engineering may not be as apparent as the cons, upon further inspection, there are a number of benefits that we can only get if scientists consider to study and advance this particular branch of study. Here are just a few of the benefits:

Perhaps more obvious than the pros of genetic engineering, there are a number of disadvantages to allowing scientists to break down barriers that perhaps are better left untouched. Here are just a few of those disadvantages:

Unfortunately, all human bodies are not created perfect. Some are born with birth defects and inherent diseases. Other go to death before their time due to problems that might be fixed. Genetics science has the potential to cure these disorders, by altering how humans are made. These can not be treated otherwise by any medicine.

One of the key researchers in the field is Jennifer Doudna at the University of California, Berkeley. She has been touted for a Nobel Prize for the development of CRISPR-Cas9, a highly precise copy-paste genetic tool. In the build-up to the meeting, Doudna made her concerns clear in Nature:

Human-germline editing for the purposes of creating genome-modified humans should not proceed at this time, partly because of the unknown social consequences, but also because the technology and our knowledge of the human genome are simply not ready to do so safely.

Her sentiments were echoed in a report released before the meeting by the Center for Genetics and Society. They believe that research in genetic tools must advance, but only through therapy for adults (where genetic modifications are targeted at some cells in the body but not passed on to kids, such as in curing a form of inherited blindness. The report continues:

But using the same techniques to modify embryos in order to make permanent, irreversible changes to future generations and to our common genetic heritage—the human germline, as it is known—is far more problematic.

Consider sickle-cell anemia, an occasionally fatal genetic disorder. Its genes, though clearly harmful, have persisted and spread because, while having two copies of the sickle-cell gene causes anemia, having just one copy happens to provide protection against malaria, one of the most deadly diseases in human history. Had we not known about their benefits, eliminating sickle-cell genes would have proved to be a bad idea.

More importantly, there is a worry that once you allow for designer babies you go down a slippery slope. Emily Smith Beitiks, disability researcher at the University of California, San Francisco, said recently:

These proposed applications raise social justice questions and put us at risk of reviving eugenics—controlled breeding to increase the occurrence of ‘desirable’ heritable characteristics. Who gets to decide what diversity looks like and who is valued?

But the history of science shows that it is hard to keep such a cat in the bag. Once developed, technologies have a way of finding their way into the hands of those who desire to use them. That worries George Church, a geneticist at Harvard Medical School, who has been a strong voice in this debate since the beginning. In Nature, he writes:

Banning human-germline editing could put a damper on the best medical research and instead, drive the practice underground to black markets and uncontrolled medical tourism, which are fraught with much greater risk and misapplication.

And many believe that the risks of gene-editing are not that high anyway. Nathaniel Comfort, a historian of medicine at Johns Hopkins University in Baltimore, writes in Aeon:

The dishes do not come à la carte. If you believe that made-to-order babies are possible, you oversimplify how genes work.

That is because abilities, such as intelligence, height, or personality traits, involve thousands of genes. So there may be some things that you cannot genetically enhance much, and certainly not safely. And even knowingly changing the human genome is not as big a deal as some make it out to be, Church notes:

Offspring do not consent to their parents’ intentional exposure to mutagenic sources that alter the germ line, including chemotherapy, high altitude, and alcohol—nor to decisions that reduce the prospects for future generations, such as misdirected economic investment and environmental mismanagement.

The meeting ended on Dec. 3, and the committee of organizers—10 scientists and two bioethicists came to a conclusion on the debate. They believe that the promises of germline editing are too great to scupper future developments. They endorse that research should continue in non-human embryos and “if, in the process of research, early human embryos … undergo gene editing, the modified cells should not be used to establish a pregnancy.” That is because the committee believes that we neither know enough about safety issues to allow any clinical application nor enough about how society will respond to the use of this technology in humans.

And, yet, perhaps the last word on the debate should go to a woman in the audience at the meeting. Her child died only six days old after torturous seizures caused by a genetic ailment. She implored the research community:

If you have the skills and the knowledge to eliminate these diseases, then freakin' do it!

Genetic engineering in humans holds a lot of promise for a brighter medical future. But as we know that nothing comes without a cost. Will there be societal or ethical consequences in pursuing this scientific field? By weighing the pros and cons thoroughly, we can all decided together if this is a journey we wish to take.

I'm Alexandria Smith, founder of AlexandriasGenesis.com, with the profession in Genetic Science and passion for photography, singing. traveling and shopping. I'm a hobbyist writer and love to blog about the things I love. To get in contact email info@alexandriasgenesis.com
Next »