Essential Thrombocythemia is a chronic myeloproliferative neoplasm (MPN), which is characterized by an increased number of platelets in the blood. It is most common in women over the age of 50. ET is generally associated with a proliferation of platelet precursors in the bone marrow. Complications such as frequent blood clotting and/or bleeding are common.

ET typically occurs due to clonal abnormality of a multipotent hematopoietic stem cell. The location where it found mostly is bimodal peaks of between ages 50 and 70 yr and a separate peak among young females. In simple words, platelet production is increased in patients. Platelet survival is usually normal, it may decrease in some cases due to splenic sequestration or, in patients with erythromelalgia, digital ischemia.Increased platelets may lead to serious bleeding.

According to some recent studies, an elevated leukocyte count is a major independent risk factor for thromboses. Bleeding is more likely with extreme thrombocytosis due to an acquired deficiency of von Willebrand factor. If someone is suffereing from such condition, bone marrow examination is strongly recommended, especially in patients with anemia, macrocytosis, leukopenia, or evidence of extramedullary hematopoiesis. The bone marrow shows megakaryocytic hyperplasia, with an abundance of platelets being released. In order to distinguish it from other myeloproliferative disorders that cause thrombocytosis, the diagnosis of ET requires a normal Hct, MCV, and iron studies. 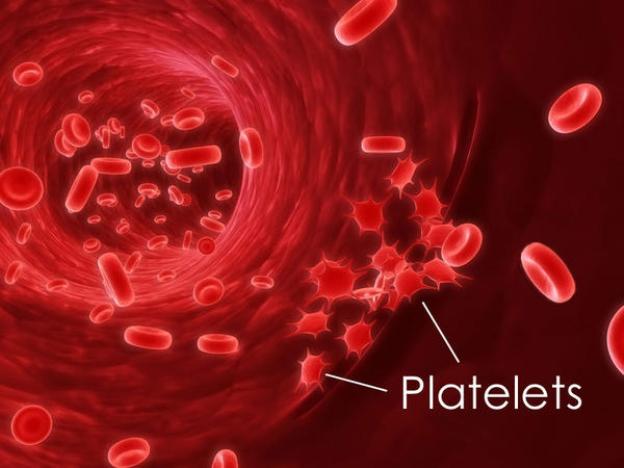 If you want to knowmore about this medical condition, then keep reading.

Despite the fact that medical science is very advance now a days, still no one knows the exact causes of essential thrombocythemia (ET) or other myeloproliferative neoplasms (MPNs). Just like many other MPNs, ET is not a genetically inherited disorder, but a familial predisposition to the disease in some patients is still important. As per researchers, mutations could be a factor that alter the activity of proteins that control signaling pathways in many patients with ET. Main risk factors include:

ET can be easily deducted after a routine blood test which shows that a patient has a high platelet count. Patient can experience one or more symptoms of ET and consult physician, who can determine whether a patient has ET, after performing diagnostic tests and a review of patient history and symptoms. Common tests for diagnosing ET include:

Blood tests are something that the physician recommend firstly in such case. Most common tests are for iron deficiency and indicators of inflammation as well as other mimicking blood diseases.

A bone marrow biopsy gives an insight for classical signs of ET, such as an increase in platelet precursors.

As discussed above, sometimes a gene mutation can be responsible for such a medical condition. So gene mutation test like JAK2, CALR, MPL are also common as diagnosis tool.

With proper monitoring and good treatment, thrombocythemia patients usually survive. Patients have to consult regularly with a hematologist and to report any symptoms such as visual disturbances, unexplained pain, numbness, tingling or bruising. Only a small minority of people with ET may later develop acute leukemia or postpolycythemic myelofibrosis (15%), both of which can be life threatening.

Although there is no single treatment option that can be considered appropriate or effective for all ET sufferers, as some patients are asymptomatic and require no treatment, others may require various treatments and therapies, based on the symptoms and the results of routine monitoring by a physician. Following are some commonly used treatment options for ET patients.