I'm sure, that you are also following the second half of the fifth season of The Walking Dead. It was quite strange that the survivors reach a place that actually seems safe, the Alexandria safe zone. So if you are recent viewer or among those who haven’t read the comics, pretty important question is whether or not this strangely serene place and its inhabitants can be trusted.

In my opinion, everyone in the safe zone seems alright so far, definitely not as strong as Rick and the survivors, but not bad either. The leader, Deanna, is leading as a tough, reasonable leader. She may be overly idealistic, but she’s fair when conflict arises. She is just irreplaceable when it’s about prompting some other members to keep peace. The walls around the place seem sturdy enough, but the residents are weak, almost untouched by the zombie apocalypse. So in this situation, it’s good for these people to trust Deanna and her people, is an important question. And the most reasonable answer is no, because it’s quite possible that someone is behind the videos Deanna took of them. Someone is pulling the strings. There’s no possible way that this place could exist.

But there is another possibility also. Alexandria could be a ludicrous accident of happenstance and good fortune. Although there’s no reason apparently that this place should exist at all, but through some strange way, they’ve survived. Maybe there is no danger in Alexandria or its denizens. The invitation of a warm bed and a warmer meal, as well as Rick and Carol and possibly others becoming too reactionary in their efforts to survive, contain some real danger. 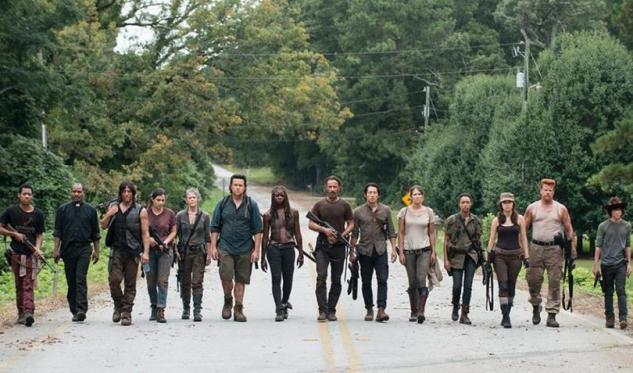 It is being said that the Season 5 premiere was titled ‘No Sanctuary, and it was actually a clue about the safety question of Alexandria. So as per that clue, Alexandria will not be safe for long.

Why Alexandria Safe Zone is not for long

As we have seen in the last Seasons, there was always a fall of the safe haven, from the quarry camp, to the CDC, to Hershel’s farm, to most memorably, the prison. So now it will be quit natural if Alexandria’s walls collapsed and the herd of bloodthirsty walkers swarmed in. The Walking Dead season is repeating the normal cycle, which begins with the heroes finding shelter at first, and when they start feeling that this shelter is the one for which they have searched for, at that moment, all falls down and many people have to die horrifically.

Now the Walking Dead group is entering Alexandria Safe-Zone, where they are going to spend much time in the comics the show is based on. The fact that just because they are in a Safe-Zone doesn't mean they are all actually safe, all viewers know. According to the comic books, three main Walking Dead characters will die in Alexandria.

If the TV show is going to follow the comic book then things are about to get super emotional in the zombie world. Yes, The Walking Dead is about to get crazy. So be ready. Alexandria is going to become a major location for everyone. Additionally, Aaron and Eric, are becoming most favorite Walking Dead couple. For the time being, they all are on their path but at the end they found each other, and most importantly Aaron found Eric.

If you are new to this series then get a brief introduction of the most important characters of this season.

Abraham is the one, who is mainly responsible for the construction crew who ensure that the walls are safe and no zombies are getting in. Abraham and Eugene were get attacked by a group of Saviors while they are outside the walls, and a Savior named Dwight shoots Abraham in the back of the head with a crossbow.

Eric, for the time being, quite new but in coming episodes, will become an important character, not only for us but also for Aaron’s relationship. So important that he dies in Aaron’s arms.

Negan, is considered as one of The Walking Dead’s greatest villains. He is not only playing the character of brutal killer, but also wages a war against the Alexandria safe zone.

How to make Fake Teeth that look Real?

Frameshift Mutation Definition with Example
Next »

Why Alexandria City in Ancient Egypt attracts Scholars?
No Response